Hey everyone! I decided to participate in a book blitz for this book! I hope you enjoy but here we go! 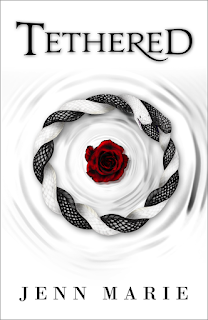 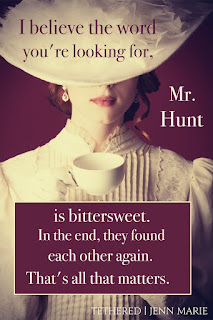 A previous lifetime. A malevolent curse.  A love they can’t live without. Will their past claim them once more? Elizabeth and Adam are about to find out …

Elizabeth and Adam survived the century old curse that nearly claimed the lives of their counterparts, Josephine and Braden, but at what cost?
As the veil between timelines continues to diminish, they yet again find themselves in a race against time to cheat death in the past in order to salvage their futures. But with the curse given form, everything is changing, leaving them vulnerable to new threats. No longer are the dangers of their former lifetime contained to the Jefferson Plantation—a land fraught with peril and where horror reigns every summer between July 20 and August 13.
Until now ...
Having changed the past, history has rewritten itself, extending the last day of the haunting to August 31—their new expiration date. Without the aid of visions, though, Elizabeth and Adam must find a new way to uncover their past, leaving Adam to scour the plantation for clues, while Elizabeth learns how to access Josephine's subconscious.
Meanwhile, the Callahans—a vengeful family intent on keeping Elizabeth and Adam apart—will stop at nothing to preserve their bloodline and keep the curse from destroying their family. Will their ruthless antics prove tragic once more?
Now more than ever, their love will be tested as Elizabeth and Adam contend with the forces of the curse and fight to save their counterparts in 1905.


Will they overcome the odds stacked against them? Or will the curse claim them for good? 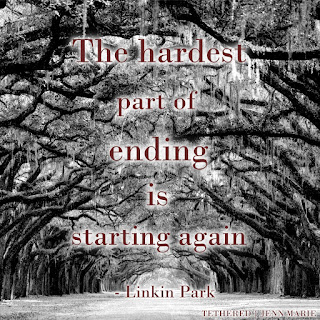 A six-inch blade gleamed in the trick of light, the hilt carved in the shape of two snakes wrapped around each other so that their heads formed an S on either side of the serrated steel.
A deadly weapon for more reasons than one.
First—this blade wasn’t just any blade. This was the very dagger Josephine had plunged into her chest back in 1905. The very blade that had ripped her delicate flesh apart and taken the life that Braden—I—hadn’t been able to save. The very dagger Josephine had wielded in order to seal the curse that would resurrect us. Save us.
Save me.
Second—this blade was no longer where it should be. It wasn’t in the depths of an underground tunnel like it had been this morning. It was no longer lodged inside Josephine’s chest like it had been for the past century. The dagger was free—to be wielded, to be taken, to be used against her, but worst of all, to destroy her. Josephine would never forgive herself. She was giving the dagger too much power. Power to strip away the woman Braden had only just begun to reignite. If she did this, he would lose whatever remnants of her fragile spirit he’d managed to stitch back together again. And yet, for all she had sacrificed, he was still powerless to save her. He’d tried. I’d tried. But it hadn’t been enough. Whatever Braden had done to rescue Josephine from that tunnel had still led to their separation. And now here she was, faced with the only option at her disposal.
Murder.
I felt it in my fingertips, in the uncontrollable sweep of my hand as I swept the paintbrush over the papered wall of my bedroom. The viper within shivered and undulated, my skin expanding, stretching over my forearm. It sensed everything Josephine was feeling and pushed those thoughts straight to my fingertips where my only choices were to resist—and suffer immense pain as a result—or surrender to the creature within and become one with Josephine’s mind, heart, and soul. Even separated by a lifetime, I felt her inner turmoil like a knife to the gut. She was hurting. She was scared. She was desperate. But as the image before me unraveled, I could see that she was icing over. Becoming numb. Fuck, Josephine, don’t do this.
Sweat dribbled down my forehead, stinging my eyes.
My blood was hot, my body trembling with the effort to stay upright. The viper released me, collapsing me to my knees. I hung my head. I didn’t want to see what I already knew she was thinking. Breathing hard, I lifted my gaze to the wall—to the painting of Josephine.
She sat on the window ledge of her bedroom, her long, wavy hair wild around her shoulders. She was still in her wedding dress. Soaked. Tattered. Her eyes stared straight ahead, which I knew from this angle meant she was either staring at a closed door or at someone standing in it. One knee was drawn to her chest, the dagger’s tip poised upon it, the hilt held loosely between her thumb and forefinger. A calculated movement that promised bloodshed. She was the definition of fierce. The epitome of destruction. She would harm anyone who stood between her and saving Braden. The man she loved. The man I used to be.
In 1905.
Black paint ran in swerving rivulets to the floor. I clenched my fists, breathing hard, my shirt drenched against my feverish skin. It was my fault. If I hadn’t hesitated, if I hadn’t second-guessed—I released a sharp breath, furious with myself. Had I listened, none of this would’ve happened. Josephine wouldn’t be in this position now, and Braden wouldn’t be imprisoned.
Again. I had to fix this.
The rickety drone of the floor fan filled the empty silence that threatened to consume me. It blew the papers at my knees, making me look down. Charcoaled eyes stared up at me. Sad. Volatile. Beautiful as hell. My body shook with the urge to find Elizabeth—Josephine’s current incarnation—here, now, in 2014. If Josephine planned to do what I suspected, what I sensed, then Elizabeth would be prone to do the same. But maybe that wasn’t true anymore. Elizabeth wasn’t as susceptible to Josephine as she’d once been. Not after today. Not after what she’d done to save us. She was stronger now. But was she stronger than Josephine?
I glanced out the window, at the rippling creek that led to Elizabeth’s home only five doors down. I took an involuntary step toward the door.
Yes.
I believed in her, goddamn it.
If anyone could stop Josephine, it was Elizabeth. 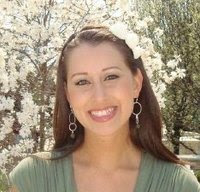 Jenn Marie currently lives in sunny California with her wonderful husband and their runt kitty, Chloe. When she's not writing Young Adult Fiction, she can be found reading, plotting or spending time with her crazy, lovable family. Current obsessions include the movie, Frozen, the New Girl series, Arcade Fire's latest album, and avocados. Seriously, she can't get enough of it! Writing, for her, is a passion that refuses to be under prioritized. No matter what's going on in her life, whether good or bad, writing is always there to lift her spirits.