Hi everyone! As you can see I am doing a teaser for Shadow Rise by Audrey Grey. One thing that you should note is that this is the second book in the series and therefore the teaser can contain spoilers for the first book.

But first, some information on the series! 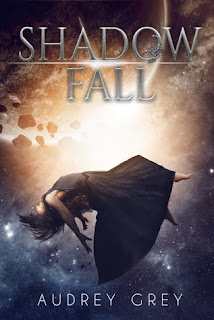 The asteroid hurtling toward the earth will kill billions.
The Emperor and his Gold Court will be safe in their space station, watching from the stars. The Silvers will be protected underground. But the Bronzes must fight it out at the Shadow Trials for the few remaining spots left on the space station.
When an enigmatic benefactor hands Maia Graystone a spot in the Trials, she won’t just get a chance at salvation for her and her baby brother, Max: She gets to confront the mother who abandoned her in prison, the mad Emperor who murdered her father, and the Gold prince who once loved her. But it’s the dark bastard prince she’s partnered with that will make her question everything, including her own heart. With the asteroid racing closer every day, Maia must trust someone to survive. The question is who? 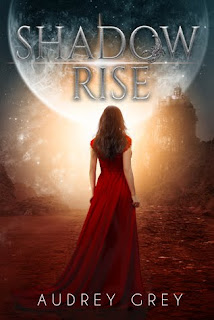 Terrorist. Rebel. Traitor.
One rash decision during the Shadow Trials led to unspeakable horrors that left innocents dead, friends injured and hunted by the Empire, and Maia Graystone imprisoned in the Tower at the Archduchess’s mercy.
Unsure if Riser Thornbrook survived, Maia must find a way to battle the Empire from within its own walls and escape so she can fulfill the promise to her father and stop the asteroid. But when she breaks free and joins Nicolai's Rebel army, she discovers she’s been branded a traitor. With war between the Rebels and the Empire looming, old alliances shifting, and suspicion hanging over her head, she must fight in the Rebel Blood Courts—and win command—to regain their trust. Only problem is, first she has defeat the reigning champion, someone she knows all too well. Will Maia’s emotions lead to her defeat, or will she rise up and claim her victory?

Riser’s arms lock around me, constricting a little more every time I struggle until we are tangled into a lump of flesh.
“Out for a walk?” His soft, breathy voice hints at a smile . . . and makes me want to throttle him.“Perfect night for it. Stars. Waves. Belligerent boys.”“Boy?”I squirm as another soft chuckle caresses my ear, the hard muscles pressing into my body calling me a liar. Boy, my ass.