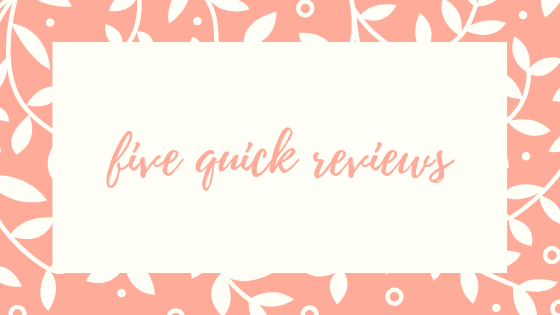 I am finally back for another Five-Quick Reviews. This basically means that I've read enough of my own books to actually continue this series.

As per usual, because these are books that I don't have to write a full review for so I am just providing an overview of my thoughts.

Let's jump into it! 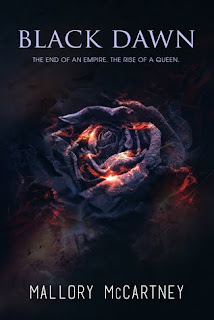 The end of an Empire, The rise of a Queen


Emory Fae enjoys leading a quiet, normal life. That is until two mysterious, and handsome soldiers show up at her apartment, and the life she knew is instantly whisked away. Memphis Carter and Brokk Foster come from the magical and war ridden world of Kiero, and upon Emory's arrival she will discover she is the long lost heir to the Royal Line and is thrown into the Black Dawn Rebellion with a dynamic role to ignite the rebels and reclaim her throne.


With both men being darkly woven in her past Emory uncovers hidden secrets, a power held long dormant, and will soon realize there are worse things than supernatural humans, love, loss, betrayal, and a Mad King.

Some things are better left in the shadows.
Book Review:

I really loved Black Dawn when I had initially read it two years ago. This time around I still really enjoyed it but I felt like there was so much that I wanted the author to expand on. I will, however, say that since the first release a prequel has come out and the author has actually decided to combine the prequel and Black Dawn in a bind up. The bind up also contains new scenes. This review will cover just the original first book. I really liked the world. I think that it is unique but it also plays on things that we already know. The writing was not consistent but I think that the author has grown from the excerpts I've read. The plot was filled with action and it felt as a lot of was happening in such a short book. I still really enjoyed reading about the characters and I will say that I am more attached to some characters than others. The cliffhanger in this book definitely leaves me with a need to read more. Overall, I enjoyed this book but I am excited to see what has changed in the upcoming rerelease. Thank you to the author for providing me with a copy of this book! 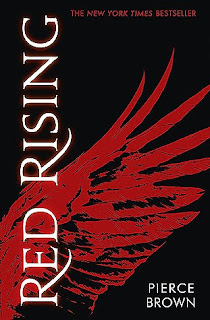 Darrow is a Helldiver, one of a thousand men and women who live in the vast caves beneath the surface of Mars, generations of people who spend their lives toiling to mine the precious elements that will allow the planet to be terraformed. Just knowing that, one day, people will be able to walk the surface of the planet is enough to justify their sacrifice. The Earth is dying, and Darrow and his people are the only hope humanity has left.

Until the day Darrow learns that it is all a lie. That Mars has been habitable - and inhabited - for generations, by a class of people calling themselves the Golds. A class of people who look down at Darrow and his fellows as slave labour, to be exploited and worked to death without a second thought.

Until the day Darrow, with the help of a mysterious group of rebels, disguises himself as a Gold and infiltrates their command school, intent on taking down his oppressors from the inside.

But the command school is a battlefield - and Darrow isn't the only student with an agenda.

I was so nervous to start this book. I was worried that this might not be as good as what people were saying. I am really happy that my worries were misguided. This book is really good. The writing not only did an incredible job with creating the atmosphere of this book but it was flush with detail. The dialogue was probably one of my favourite aspects of this book because it felt genuine. The plot was absolutely crazy. I was really surprised by the direction that the plot took. I thought that this book was masterfully planned and has created a new standard for Sci-Fi novels that I end up reading in the future. 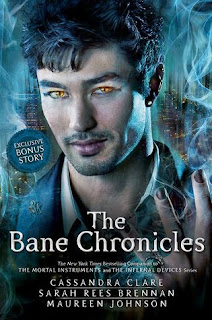 This collection of eleven short stories illuminates the life of the enigmatic Magnus Bane, whose alluring personality, flamboyant style, and sharp wit populate the pages of the #1 New York Times bestselling series, The Mortal Instruments and The Infernal Devices.

I really loved Magnus in the Mortal Instruments series (keeping in mind that I've only read the first three books). And because I really enjoyed his character, I thought that his book might be the best for me to jump back into the Shadowhunter world. Unfortunately, I just didn't love this book. I couldn't get past the first three stories because they didn't grip me. This was my last attempt at the series. And If I couldn't even get into these short stories then this series clearly not for me. 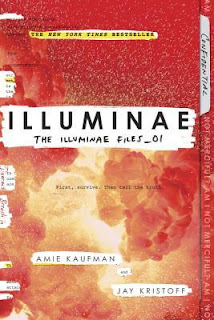 Kady thought breaking up with Ezra was the worst thing she'd ever been through. That was before her planet was invaded. Now, with enemy fire raining down on them, Kady and Ezra are forced to fight their way onto one of the evacuating craft, with an enemy warship in hot pursuit.

But the warship could be the least of their problems. A deadly plague has broken out and is mutating, with terrifying results; the fleet's AI, which should be protecting them, may actually be their biggest threat; and nobody in charge will say what's really going on. As Kady plunges into a web of data hacking to get to the truth, it's clear only one person can help her bring it all to light: Ezra.

Similar to Red Rising,I was worried that this book was all hype and had nothing to substantiate it. Boi was I wrong... This book was phenomenal. If you haven't picked it up yet, you definitely need to. I read and listened to this book. I think that this is the best way to consume this series because the audiobook has a full cast and they do an amazing job. This book has changed my life. I cannot stop thinking about it and I have the constant need to either reread it or read Gemina. The almost of work that went into this book is incredible and mind-blowing. If you haven't picked it up yet... What are you waiting for? 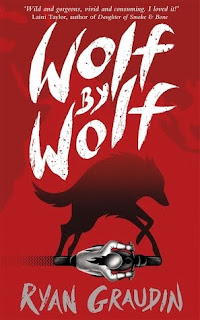 Once upon a different time, there was a girl who lived in a kingdom of death. Wolves howled up her arm. A whole pack of them-made of tattoo ink and pain, memory and loss. It was the only thing about her that ever stayed the same.Her story begins on a train.


Germania, 1956. Over ten years since the Nazis won the war. 18-year-old Yael is part of the resistance, and she has just one mission: to kill Hitler.
But first she's got to get close enough to him to do it.
Experimented on during her time at Auschwitz, Yael has the unique ability to change her appearance at will. The only part of her which always remains are the five tattooed wolves on her arm; one for each of the people she's lost. Using her abilities, she must transform into Adele Wolfe, Germany's most famous female rider and winner of the legendary Axis Tour; an epic long distance motorcycle race from Berlin to Tokyo, where only the strongest (and wiliest) riders survive. If she can win this, she will be able to get close enough to kill the Fuhrer and change history forever.
But with other riders sabotaging her chances at every turn, Yael's mission won't be easy. . .

This was a book I was a little unsure of the book because there isn't a lot of buzz surrounding this book. However, I really liked the premise because it sounds intriguing and like something a little different. This book was a sold read. The author did a lot of research to help build the world and I thought that the double timeline did a great job of fleshing out the story and creating Yael's motive for what she needs to do. I found myself unable to put the book down because I needed to know if Yael wins the race or not. I would like to say that this book had a satisfying ending. The characters were well rounded and the relationships that Yael originally had and the relationships that she forged throughout the book felt real. I highly recommend this book if you would like to read something different and unique.