Hi Everyone! So as you can see, I am participating in Xpresso Blog Tour's tour for Elemental Lies 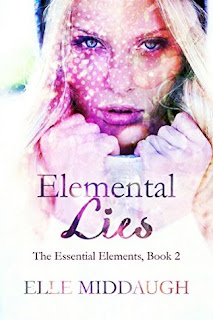 Valerie Moore is an Elemental, a person who commands one of the classical elements of wind, water, fire, or earth. She's special, though. She controls two- fire and water- though sometimes it seems like they control her.

After the accidental exposure of Elemental to humanity, Valerie finds herself - and all of her kind - struggling to attain equality. Three different groups fight to secure leadership, and with all of their hidden agendas, she doesn't know which side to choose. The balance between peaceful cohabitation and all-out war is precarious, at best.

When a chance meeting brings Val and earth Elemental Cade Landston back together, everything changes. She realizes what she knew in the beginning - that he's the one she wants. Her disrespect to win him over draws her closer to him, and his vengeful mission to hunt down her muderous grandfather brings them both closer to trouble.

All she knows is she must stop her grandfather at all costs. To do so, she has to figure out the truth, but how can she do so when almost everyone she knows has been telling lies?

“So, during the past few months we’ve gone over how to control your fire, and how to reel it back in once you’ve lost control. We’ve gone over some offensive tactics, as well as some general strategic moves and plays, but today is defense. In other words,” he said with a devious grin, “how do you contain someone else’s chaos?”
At that, the trees surrounding Chase immediately burst into flames. Fire licked up the rough trunks and scurried rampantly across the bare, brittle branches. In rapid succession, he threw fireballs at the trees the initial burst hadn’t touched. Before I had a chance to blink, let alone figure out a plan, half the forest was on fire. The heat alone would smother Elise and Jay, and coupled with the billowing smoke, it could prove lethal.
As if on cue, Elise darted out back, a look of cold determination on her face. Almost immediately, she crossed her arms and glared at Chase, keeping a healthy distance from the flames. The smile that lit up his face was so radiant it could kill. It stabbed my chest like a set of fangs, slowly leaking venom into my system.
“You dumbass!” she shouted, half gesturing to, half shielding herself from the mess. “I thought an enemy was attacking! Instead, you’re just screaming our location out to them. Put the damn flames out!”
His grin widened, if that was possible. “No can do, beautiful. This is Valerie’s task.”
I narrowed my eyes and took a deep breath of scorching air, irritation mixing with the smoke in my lungs. Forcing my legs into a calm stride, I entered the heart of the destruction and spun in a circle. It was vivid and completely captivating, all heat and destruction and power. It spoke to my soul.
I dropped my eyelids shut, more feeling the fire than anything. Its power was familiar to me, yet oddly foreign, like an accent painting the language a slightly different color. Chase and I both spoke the Fire lingo, but his dialect was not the same as mine. It was harsh and guttural—less talk, more action.
I opened my eyes into a narrow gaze and spied him through the flames. His image wavered like a mirage in the heat.
Being surrounded by Elementals meant drowning in a sea of beautiful faces, and it was easy to be flighty under those circumstances. How could I not want to experience every handsome guy at least once in some way?


I was finally beginning to realize, though, that gorgeousness was now my new norm. All Elementals were inherently gorgeous, and beauty was no longer the strongest pull when it came to attraction. Beauty had become dull. 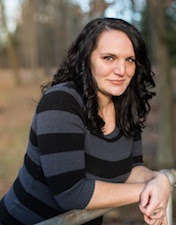 Elle Middaugh lives in the Allegheny Mountains outside of Clearfield, Pennsylvania, with her wonderful husband and three beautiful children. Most of her time is spent raising kids, writing stories, playing video games, reading, and attempting to keep a clean house.

She’s a proud Navy wife, a frazzle-brained mother, a fan of health and fitness, a lover of hot tea and iced tea, and a believer in happily ever afters.