Hey Everyone! As you can see, I am participating in a blog tour hosted by the author for her book,  The Pariah Child and the Ever-Giving Stone. 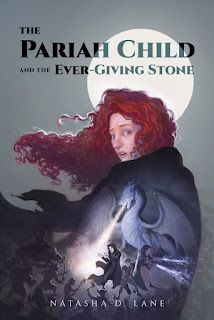 When Sarah was four, she promised her mother she would be a good girl -- a proper young lady in their small country town -- and that she would ignore the creatures who appeared to her and whispered in her ear of things unknown. But like all creatures of myth and legend, they won’t be ignored forever.

Now thirteen, Sarah is attacked by a wolf with poisonous black fur and strange, human-looking eyes. With the help of a few unexpected friends, she manages to survive the attack but soon discovers the creatures have returned. They want Sarah to find a powerful gemstone and bring it to them in Lyrica, their magical homeworld.

Her new friends urge caution, however. There may be more monsters like the black wolf. And the creatures themselves are frightening. Can Sarah trust them? Stuck between reality and imagination, her mother’s wishes and her own desires, Sarah faces an impossible choice – break her promise or do nothing to save a world in peril.


She slipped into that world of blue like she had done back with the elves. She could see her friend’s soul sleeping, unaware of the chaos going on outside. She approached her.
“Solar?”
With a slow effort the dragon raised her head. For a moment she stared at the girl, her eyes full of sleep. “Sarah? What are you doing here? I thought you left with Jacob and Serwa. I was taking a little nap.”
“You’re not sleeping anymore,” Sarah shouted. “You’re unconscious. We’re falling from the sky. You have to wake up!”
“What?” The dragon raised her head and looked into the sky, eyes narrowed. “No... no, I was sleeping...” She turned to Sarah who wore a mask of fear. “Wasn’t I?”
“We don’t have time to talk about this. Solar, you trust me, right? I’m telling you that you have to wake up.” Sarah’s body shook as she pleaded with her friend.
“Maybe this is a dream?” Solar offered and looked at Sarah who nodded vigorously.
“Please,” Sarah placed both hands on her friend’s face, “if you don’t wake up, we’re all going to die.”


“Die?” Solar cocked her head back and widened her eyes. “No, no. We’re going to the town…the town…I was in the town and…”


Welcoming to the stage, a very special guest. She’s the local loon in her home town, her hair is as red as a tomato and as tangled as hair comes. She’s traveled between worlds and is the keeper of a very special item that could spell the end for Lyrica. Without more of my jabbering-as they say down here in Montana-, here’s Sarafina!

Sarah: (takes her seat) Uh, Sir, maybe you didn’t have to add all of that other stuff. I think—
Host: Okay, Sarah, I have a set of ten difficult questions here and we have no time to waste. Are you ready?
Sarah: I-I guess so but—
Host: Let’s begin!

1)     Favorite color?
Blue but I like green, too.
2)     Pancakes or waffles?
Pancakes. Mama makes the best pancakes with bacon grease. Mmmm.
3)     Living in the mountains or by the sea?
Well, I’ve never been to the sea back home…but I like the mountains, too. Uh, can we skip this one?
4)     Faeries or dragons?
I can’t pick one! That’s not fair and I don’t want to upset Nettle or Solar.
5)     Dancing in the rain or dancing in the snow?
The snow. The mountains behind our farm look so pretty when it snows.
6)     Chocolate or vanilla?
Chocolate!
7)     A month of detention with Elaine or a month locked in the house with your mother?
I-I…is there a third option, maybe?
8)     Thanksgiving or Christmas?
Thanksgiving.
9)     Dresses or jeans?
I guess dresses because if I say jeans Mama will be real upset. She says I need to be a proper young lady.
10)  Friends or family?
Both. I’ll never takes sides on that… 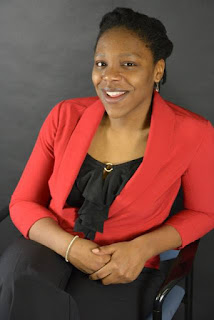 Natasha Lane enjoys reading a wide variety of genres, but fantasy has always been dear to her heart. After a brief stint in romance, Natasha’s returned to fantasy and currently has two works in the making. She plans on releasing her first fantasy novel “The Pariah Child & the Ever-Giving Stone” March 22, 2018.

Natasha hopes one day to be a well known published author, whose writing informs as well as entertains her reader.

Besides being a bookworm, Natasha is a documentary junkie, rom-com addict, health advocate, entrepreneur, and chef (in her own way).

She currently resides in Baltimore, MD. Despite where life may take her, one thing is certain. Natasha will always keep writing.