YA Thrillers that have kidnapped my attention 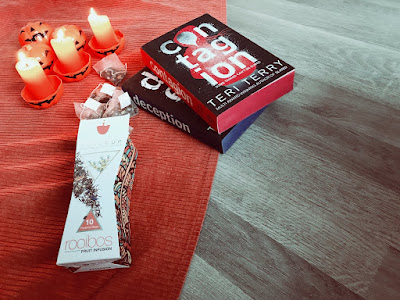 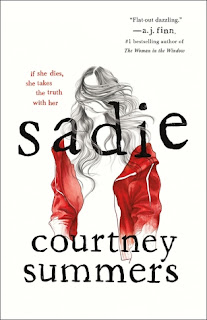 Sadie has had my eye since it was officially announced. I was so luck that I managed to snag myself an early release copy of this book. It is safe to say that I devoured this book. It was not only well written but the plot was masterfully planned. Your guesses and expectations will be blown out the park.

REVIEW CAN BE FOUND HERE

Goodreads Synopsis:
Sadie hasn't had an easy life. Growing up on her own, she's been raising her sister Mattie in an isolated small town, trying her best to provide a normal life and keep their heads above water.

But when Mattie is found dead, Sadie's entire world crumbles. After a somewhat botched police investigation, Sadie is determined to bring her sister's killer to justice and hits the road following a few meagre clues to find him.


When West McCray—a radio personality working on a segment about small, forgotten towns in America—overhears Sadie's story at a local gas station, he becomes obsessed with finding the missing girl. He starts his own podcast as he tracks Sadie's journey, trying to figure out what happened, hoping to find her before it's too late. 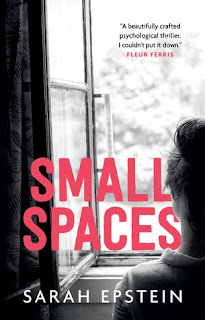 Whilst this book didn't flood Instagram like Sadie, this book has still made some waves. Small Spaces is Epstein's debut and it seems ad if it will haunt you long after you have finished reading. I am excited to get into the mind of Tash as she deals with not only the past but her imaginary friend that may not be as imaginary as people may think.


We don’t pick and choose what to be afraid of. Our fears pick us.
Tash Carmody has been traumatised since childhood, when she witnessed her gruesome imaginary friend Sparrow lure young Mallory Fisher away from a carnival. At the time nobody believed Tash, and she has since come to accept that Sparrow wasn’t real. Now fifteen and mute, Mallory’s never spoken about the week she went missing.
As disturbing memories resurface, Tash starts to see Sparrow again. And she realises Mallory is the key to unlocking the truth about a dark secret connecting them. Does Sparrow exist after all? Or is Tash more dangerous to others than she thinks? 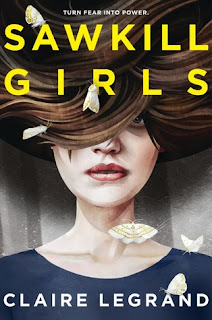 Claire Legrand's Furyborn made a massive impact in the book world. People were fighting for ARCs and special editions of this book. The hype surrounding this book was so real and because of that, it almost caused this Sawkill Girls to disappear behind it. However, from what I hear, this is not a thriller that you want to miss. Personally I don't know what exactly this is about but I think that's best when it comes to Legrand's books.

Beware of the woods and the dark, dank deep.

He’ll follow you home, and he won’t let you sleep.

Who are the Sawkill Girls?

Marion: the new girl. Awkward and plain, steady and dependable. Weighed down by tragedy and hungry for love she’s sure she’ll never find.

Zoey: the pariah. Luckless and lonely, hurting but hiding it. Aching with grief and dreaming of vanished girls. Maybe she’s broken—or maybe everyone else is.

Val: the queen bee. Gorgeous and privileged, ruthless and regal. Words like silk and eyes like knives, a heart made of secrets and a mouth full of lies.

Their stories come together on the island of Sawkill Rock, where gleaming horses graze in rolling pastures and cold waves crash against black cliffs. Where kids whisper the legend of an insidious monster at parties and around campfires.

Where girls have been disappearing for decades, stolen away by a ravenous evil no one has dared to fight… until now. 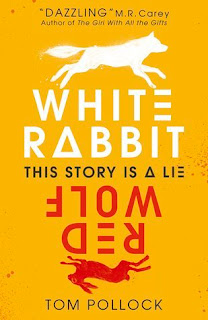 This book found its way to my door and the catch phrase "this story is a lie" caught my attention directly after the title. I believe that this is another one of those that you don't want to know much about. I'm kind of excited to uncover what this book is all about.

Goodreads Synopsis:
Peter Blankman is afraid of everything and must confront unimaginable terror when his mother is attacked.


Seventeen-year-old Peter Blankman is a maths prodigy. He also suffers from severe panic attacks. Afraid of everything, he finds solace in the orderly and logical world of mathematics and in the love of his family: his scientist mum and his tough twin sister Bel, as well as Ingrid, his only friend.

However, when his mother is found stabbed before an award ceremony and his sister is nowhere to be found, Pete is dragged into a world of espionage and violence where state and family secrets intertwine. Armed only with his extraordinary analytical skills, Peter may just discover that his biggest weakness is his greatest strength.

What are some books that have captured your attention these last couple of months?