YA versus Adult Thrillers 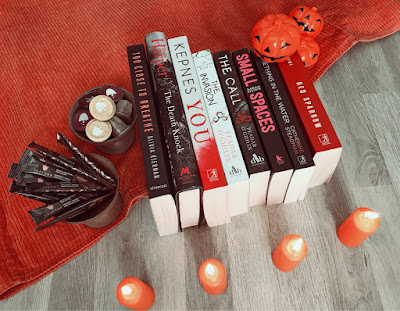 Hi everyone! Today's post is all about what I think about YA thrillers and Adult thrillers. Does the content in each sub-genre make a difference in delivery or is it that I just haven't found the right books? Let's discuss it!

What thrillers would you recommend for those of us (me in particular) that have just not found the correct adult thriller to make them gasp at the suspense?

YA thrillers and Adult thrillers are two genres from the same vine but they are so vastly different in their content. Each one carries a different story in it that expects the same results. The story is one filled with suspense and twist that leaves the reader flabbergasted. However despite being the same in the bare bones of the novels, only one ever delivers constantly for me.

I love YA thrillers because, for some reason, they just seem to do everything they are supposed it. If we take Sadie by Courtney Summers, for example, Sadie is a character that really makes the story. Her love for her sister can be felt through the pages. Her need for justice was so clear and obvious. The moments that hold the most suspense deliver well and the open-ended ending that is in some odd way also concluding just has the reader sitting on the edge of their seats.

However, when it comes to some Adult thrillers, they seem to fall just short of delivering the suspense I want. The tension always seems to come a little too late or too early. An example would be some of Patterson's work which just doesn't hold that much tension at all. It relies too much on the mystery of who the killer is then allowing the reader to get lost in the story. It lacks the elements such as the constant suspense and all of the twist and turns to pull me in. The characters in themselves seem just lost in who they are supposed to be that they never seem to take a life of their own.

In contrast to what I said above, we then have a book like Anthony Horowitz's new novel, The Word is Murder, which is a slow-burning thriller that you just get lost in and find yourself absolutely shocked at the realisation of what has just happened. However, despite the success of this book for me, I still found myself wanting a little more character and personality to some of the characters.

As a reader, I am aware that it is unfair to compare the two sub-genres because they target different audiences. But I just can't seem to stop myself. YA thrillers attract me not because they are closer to my age group but because they don't just focus on the who done it scheme. Instead, there is a focus on developing the characters without having a sixteen book series to do so. There is a focus on creating a more appealing world that isn't lost in the killer's games.

Which do you prefer? YA thrillers or Adult thrillers?