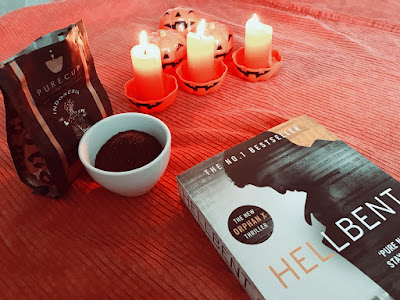 Hi everyone! So this month has probably been one of my least productive reading months mainly because my first year of university is wrapping up. The end is near and I am kind of excited. I am really happy though that I am now officially on study break which means that I can read more.

Here are the books that I will hopefully get to this week: 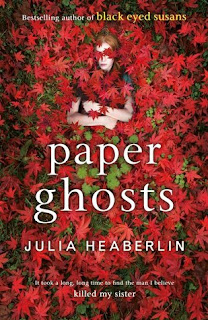 Carl Louis Feldman is an old man who was once a celebrated photographer.

That was before he was tried for the murder of a young woman and acquitted.

Before his admission to a care home for dementia.

Now his daughter has come to see him, to take him on a trip.
Only she's not his daughter and, if she has her way, he's not coming back . . .

Because Carl's past has finally caught up with him. The young woman driving the car is convinced her passenger is guilty, and that he's killed other young women. Including her sister Rachel.
Now they're following the trail of his photographs, his clues, his alleged crimes. To see if he remembers any of it. Confesses to any of it. To discover what really happened to Rachel.

Has Carl truly forgotten what he did or is he just pretending? Perhaps he's guilty of nothing and she's the liar.

Either way in driving him into the Texan wilderness she's taking a terrible risk.

For if Carl really is a serial killer, she's alone in the most dangerous place of all . . . 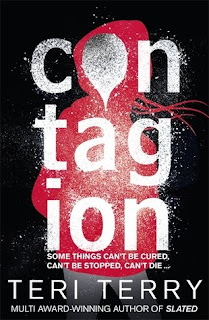 Callie is missing.
Her brother Kai is losing hope of ever seeing her again. Then he meets Shay, a girl who saw Callie the day she disappeared, and his hope is reignited.
Their search leads them to the heart of a terrifying epidemic that is raging through the country.
Can Kai and Shay escape death and find Callie? 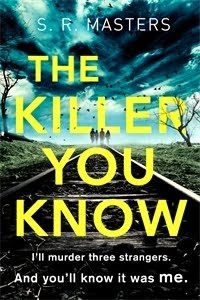 I'll murder three strangers. And you'll know it was me. That way we'll all be connected. Always.
When Will jokes about becoming a serial killer, his friends just laugh it off. But Adeline can't help but feel there's something more sinister lurking behind his words.
Fifteen years later, Adeline returns to Blythe for a reunion of the old gang - except Will doesn't show up. Reminiscing about old times, they look up the details of his supposed murder spree. But the mood soon changes when they discover two recent deaths that match.
As the group attempt to track Will down, they realise that he is playing a sinister game that harks back to one they used to play as kids. Only this time there are lives at stake...


This week is all about being a little more realistic and that's why I have only chosen three books. However, I have put aside other books that I could read if I finish the three above.