Thrillers that I am thrilled to get to 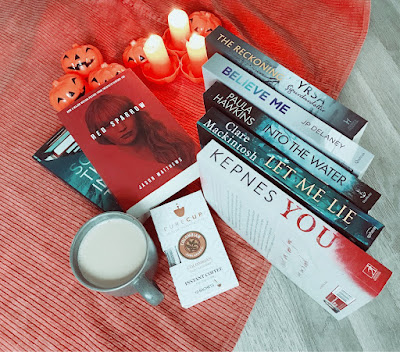 Today's post is all about the books I cannot wait to get to during this month. Some of these are popular books whilst others have really popular authors.

What are some thrillers that have caught your eye recently? 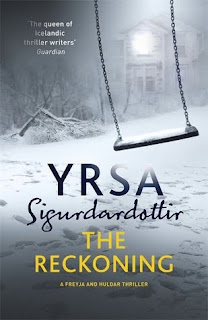 I am so excited for this book because it sounds like it is going to be such an interesting read and one that will keep me on my toes for sure!

Goodreads Synopsis:
A time capsule is unearthed from a school playground - containing a threat of deaths to come. As Freyja and Huldar look for the writer, the murders start...
Yrsa Sigurdardottir, winner of the 2015 Petrona Award for best Scandinavian Crime Novel, delivers another tour de force in her second novel in the Children's House series.
In 2016 the following people are going to die: K, S, BT, JJ, OV and I. Nobody will miss them. Least of all me. I can't wait.The chilling message is found in a school's time capsule, ten years after it was buried. But surely, if a thirteen-year-old wrote it, it can't be a real threat...
Huldar suspects he's been giving the investigation simply to keep him away from real police work. He turns to psychologist Freyja to help understand the child who hid the note. Soon, however, they find themselves at the heart of another shocking case...For the discovery of the letter coincides with a string of macabre events: body parts found in a garden, followed by the murder of the man who owned the house. His initials are BT... and now time is running out to identify the writer, the victims and the killer, before further deaths come. 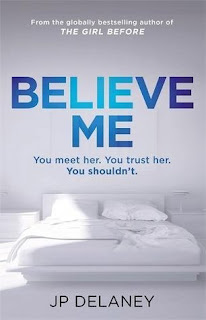 This book intrigues me because I love how it focuses on an actor who needs to play a dangerous role. I love the idea of high stakes in this novel!

Goodreads Synopsis:
A struggling actor, a Brit in America without a green card, Claire needs work and money to survive. Then she gets both. But nothing like she expected.
Claire agrees to become a decoy for a firm of divorce lawyers. Hired to entrap straying husbands, she must catch them on tape with their seductive propositions.
The rules? Never hit on the mark directly. Make it clear you’re available, but he has to proposition you, not the other way around. The firm is after evidence, not coercion. The innocent have nothing to hide.
Then the game changes.
When the wife of one of Claire’s targets is violently murdered, the cops are sure the husband is to blame. Desperate to catch him before he kills again, they enlist Claire to lure him into a confession.Claire can do this. She’s brilliant at assuming a voice and an identity. For a woman who’s mastered the art of manipulation, how difficult could it be to tempt a killer into a trap?But who is the decoy . . . and who is the prey? 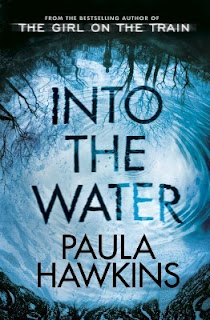 Paula Hawkins, The Girl on the Train, has caught a lot of attention since its initial release and whilst I haven't read that book, I feel as if this one is right up my alley. Let's hope that this book is as good as everyone says it is!

Goodreads Synopsis:
'Julia, it’s me. I need you to call me back. Please, Julia, it’s important…’
In the last days before her death, Nel Abbott called her sister. Jules didn’t pick up the phone, ignoring her plea for help. Now Nel is dead. They say she jumped. And Jules has been dragged back to the one place she hoped she had escaped for good, to care for the teenage girl her sister left behind.

But Jules is afraid. So afraid. Of her long-buried memories, of the old Mill House, of knowing that Nel would never have jumped.And most of all she’s afraid of the water, and the place they call the Drowning Pool…

With the same propulsive writing and acute understanding of human instincts that captivated millions of readers around the world in her explosive debut thriller, The Girl on the Train, Paula Hawkins delivers an urgent, satisfying read that hinges on the stories we tell about our pasts and their power to destroy the lives we live now. 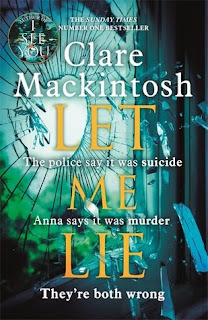 I've heard incredible things about Clare Mackintosh. She took thriller fans by surprise with her previous books, I See You and I Let You Go. This book caught my attention not only because of the author but also due to the fact that it sounds incredible!

Goodreads Synopsis:
The police say it was suicide.
Anna says it was murder.They're both wrong.
One year ago, Caroline Johnson chose to end her life brutally: a shocking suicide planned to match that of her husband just months before. Their daughter, Anna, has struggled to come to terms with their loss ever since.
Now with a young baby of her own, Anna misses her mother more than ever and starts to question her parents’ deaths. But by digging up their past, she’ll put her future in danger. Sometimes it’s safer to let things lie… 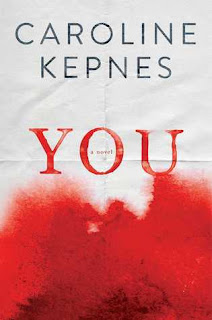 You has returned to the foreground due to the T.V series releasing recently. It stars Penn Badgley, a popular actor from the infamous Gossip Girl series. A lot of fans have started watching the series saying it's fantastics and before I jump into the T.V. series, I want to read the book first. You is the first book in a series.

Goodreads Synopsis:
When a beautiful, aspiring writer strides into the East Village bookstore where Joe Goldberg works, he does what anyone would do: he Googles the name on her credit card.

There is only one Guinevere Beck in New York City. She has a public Facebook account and Tweets incessantly, telling Joe everything he needs to know: she is simply Beck to her friends, she went to Brown University, she lives on Bank Street, and she’ll be at a bar in Brooklyn tonight—the perfect place for a “chance” meeting.

As Joe invisibly and obsessively takes control of Beck’s life, he orchestrates a series of events to ensure Beck finds herself in his waiting arms. Moving from stalker to boyfriend, Joe transforms himself into Beck’s perfect man, all while quietly removing the obstacles that stand in their way—even if it means murder. 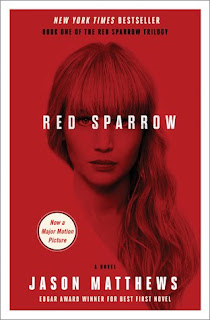 This book has been on my shelf for a while now but when the movie staring Jennifer Lawrence was announced, my attention shifted to when I can read this book.

Goodreads Synopsis:
In contemporary Russia, state intelligence officer Dominika Egorova has been drafted to become a “Sparrow”—a spy trained in the art of seduction to elicit information from their marks. She’s been assigned to Nathaniel Nash, a CIA officer who handles the organization’s most sensitive penetration of Russian intelligence. The two young intelligence officers, trained in their respective spy schools, collide in a charged atmosphere of tradecraft, deception, and inevitably, a forbidden spiral of carnal attraction that threatens their careers and the security of America’s valuable mole in Moscow. 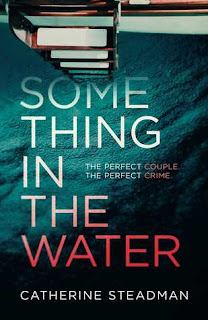 I heard about this book at a presentation I went to earlier this year and it sounded like something that can fall into the traditional thriller genre but with an interesting twist. Do you know how long it takes to dig a grave? No? Well apparently this book will answer that question.

Goodreads Synopsis:
If you could make one simple choice that would change your life forever, would you?
Erin is a documentary filmmaker on the brink of a professional breakthrough, Mark a handsome investment banker with big plans. Passionately in love, they embark on a dream honeymoon to the tropical island of Bora Bora, where they enjoy the sun, the sand, and each other. Then, while scuba diving in the crystal blue sea, they find something in the water. . . .
Could the life of your dreams be the stuff of nightmares?Suddenly the newlyweds must make a dangerous choice: to speak out or to protect their secret. After all, if no one else knows, who would be hurt? Their decision will trigger a devastating chain of events. . . .
Have you ever wondered how long it takes to dig a grave?
Wonder no longer. Catherine Steadman's enthralling voice shines throughout this spellbinding debut novel. With piercing insight and fascinating twists, Something in the Water challenges the reader to confront the hopes we desperately cling to, the ideals we're tempted to abandon, and the perfect lies we tell ourselves.


These are some of the books that I can't wait to get to this month. I can't wait to see if they live up the hype that surrounds them! Stay tuned for tomorrows post where I predict how much I will enjoy certain books and what ratings I will give them!