Hey Everyone! As you can see, I am participating in a blog tour organised by Smith Publicity for the book, Amsterdam Exposed. 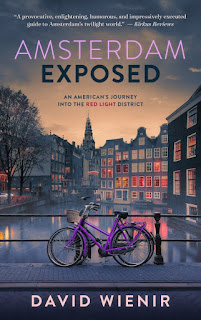 
Amsterdam Exposed tells the true one-of-a-kind story of an innocent exchange student who moves to Amsterdam hoping to write a book about the red light district and everything that follows. It’s an American abroad story, and also a love story; it’s an uplifting tragedy, full of humor from beginning to end; it’s an Amsterdam survival guide; a sympathetic look at a societal problem; a little piece of policy; a sweet farewell to a world just about gone; and, ultimately, as close as you can come to a free trip to Amsterdam without leaving your couch. In sum, Amsterdam Exposed takes readers deep into the district on a journey never before possible, forever reshaping their understanding of one of the most famous tourist attractions in the world, and the women who work there. If you’ve ever spent time in Amsterdam, or dreamed of doing so, this book’s for you.

Unlike most of Europe, American television isn’t dubbed in the Netherlands. It’s subtitled. The English voice remains. People wonder why the Dutch speak English so well compared to the French, Spanish, and so many others. It’s simple. They were raised watching The A-Team and other quality US programming. In many respects, the Netherlands is bilingual because of it.
Consequently, the need for me to learn Dutch was more of a novelty than necessity. Nevertheless, when in a foreign country, it’s always good to pick up a thing or two. It’s a show of respect, and can open doors. I’ve always made it a rule to do so, and learned the basics upon my arrival. My first words were doei, dank u wel, alstublieft, and je bent zo mooi. Meaning “goodbye,” “thank you,” “please,” and, “you’re so beautiful.” The essentials.
After a few minutes of The A-Team and some small talk, Oliver asked, “What brings you to Amsterdam?”

“The Vrije Universiteit,” I repeated, doing my best with the pronunciation.

“The Free University,” I said, switching to English.

“Ah, the VU,” he said enthusiastically, pronouncing it like “vew.” “I’m at UVA, the other university in town.”
“Cool,” I replied, thrilled we got past that. “But really,” I continued, “I’m here to write a book.”

From the beginning, I came to Amsterdam hoping to write a book about the red light district. Without question, the district is one of the most popular tourist attractions in Europe, with over two and a half million visitors a year. Most explore Amsterdam for only a few days and leave with questions and misconceptions, like I had in the past. Many are haunted by what they see. I wanted to write a book that would not only answer those questions and dispel those misconceptions, but take readers on a journey deeper into the district than they could ever go before. 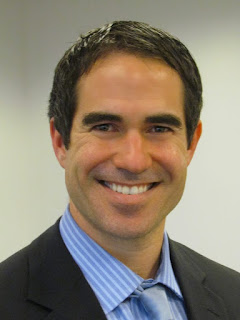 David Wienir is a business affairs executive at United Talent Agency and entertainment law instructor at UCLA Extension. Before UTA, he practiced law at two of the top entertainment law firms where he represented clients such as Steven Spielberg and Madonna.Amsterdam Exposed: An American's Journey Into the Red Light District is his fourth book. His previous books include Last Time: Labour’s Lessons from the Sixties (co-authored with a Member of Parliament at the age of 23), The Diversity Hoax: Law Students Report from Berkeley (afterword by Dennis Prager), and Making It on Broadway: Actors’ Tales of Climbing to the Top (foreword by Jason Alexander).Educated at Columbia, Oxford, The London School of Economics, Berkeley Law, and the Vrije Universiteit Amsterdam, David is married to Dr. Dina (to whom Amsterdam Exposed is dedicated), a pioneer of the cannabis movement who has been named “Queen of Medical Marijuana in LA” by Rolling Stone Magazine and is the inspiration for the Nancy Botwin character in the show Weeds.