Hey Everyone! As you can see, I am participating in a blog tour hosted by SIVLER DAGGER TOURS for the series, High Witch. They have kindly provided me with a copies of this series to review. Please note that this does not affect my opinion in any way.

You can use the following link to enter: 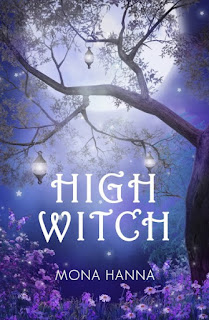 Brayden dreams for thirty nights, tortured by the vision of a beautiful woman. When Ariel Williams walks into his inn, he sees that she's the one he's been obsessed with in his night time journeys. But Ariel is fleeing an arranged marriage and keeps shyly to herself, until the worst happens and by mistake she casts a spell on a guest. Brayden works with Ariel to help her control her magic but discovers she's a High Witch - one of only three witches in the world with a rare kind of power.


Immediately the two must flee; evil warlock Julius wants to enslave Ariel - mind, heart and body. Julius and his lover the High Witch Nadia will stop at nothing to capture Ariel, and the danger threatens to tear Ariel apart from Brayden. Ariel's only hope is that her love for Brayden and her newly-discovered powers are strong enough to save them. 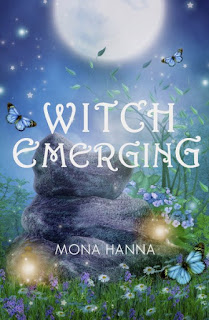 After surviving being hunted by Julius, Brayden and Ariel settle into their married life. Ariel is determined to find the other High Witches to make sure they’re alright. But there’s something going on with her pregnancy, something unusual, and she needs to find out what.

In the meantime, Hallie, an eighteen-year-old witch, is being pursued by Nicholas, a strange young man who knows about her past. What does Nicholas want with Hallie, and how are they both connected to Ariel? And what about Sean, the man Hallie loves? Will they end up together, or will Nicholas’ plan hurt all of them? The two witches will need to work hard to save those they love, and each other. 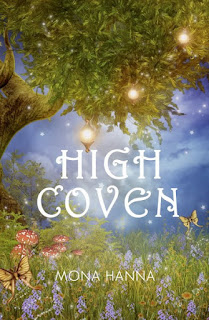 Ariel is getting used to being a new mother and is excited to see her best friends Hallie and Sean again. She just wants to spend time with them and relax and hear about their wedding. Unfortunately, relaxing is the last thing any of them can do on this visit.


Thrust into a new place, the High Witches are delighted to find the fourth—but the circumstances couldn’t be worse. A group of men are determined to stop them from casting a spell that could change the world, bringing immense joy but also great disaster. The risks of the spell might be beyond their ability to handle.
A great darkness is coming. It will take more than two High Witches to stop it: it will take a coven.

Brayden gazed into the woman’s vivid blue eyes. Her blonde hair flowed down her shoulders, soft, silky. She curled her fingers around the hair at the nape of his neck, and brought her mouth close to his. His heart beat erratically in anticipation of the moment their lips would touch. He shut his eyes, then felt the softest, sweetest sensation of his life. He tasted her sweet lips, shuddered as her tongue played with his. He wrapped his arms around her waist, holding her closely, tightly. His entire body quivered as it was pressed against hers. She began to pull away. He held her to him. She broke the kiss.

She looked at him with sadness in her eyes. He could feel it — she was leaving. He felt like she’d left him a thousand times before. That they were endlessly reliving this moment. He tried to hold onto her, but she turned and began to fade from view. He grasped at her disappearing figure, but his hands clutched air. She was gone.

He stood there, sorrow consuming him. Then the faint sounds of bells twinkling, and her soft, sweet voice. 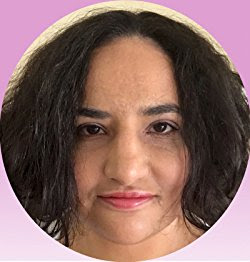 Mona Hanna is an author of fantasy/romance books. She enjoys writing about love, magic, conflict, trials and the joy of overcoming them. Mona enjoys reading, movies, chocolate, and adores cats. She hopes to release many more fantasy books in the years to come.