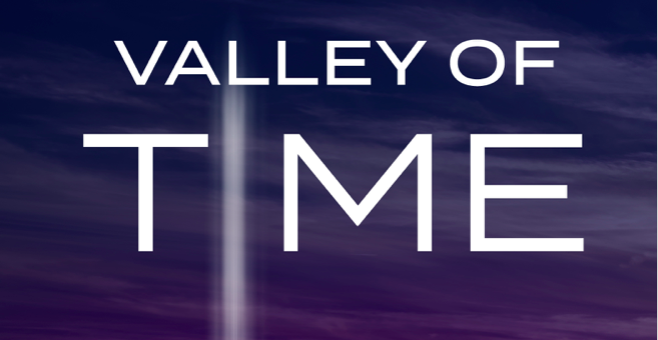 Hi Everyone! So as you can see, I am participating in Smith Publicity's  tour for Valley of Time. 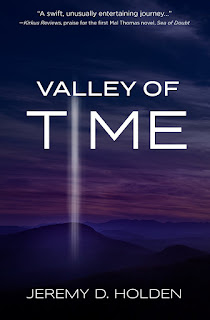 Mal Thomas only escaped with his life through a mixture of good fortune and divine intervention, after he and his eclectic team of cynical mad men and women were charged with promoting the alleged second coming of the Messiah, by Alfredo Baptiste, the world’s most powerful industrialist.
Having subsequently become famous as a best-selling author—as well as an unlikely spiritual leader—after having written and promoted a book about those experiences, Mal is now approached by another enigmatic billionaire with an equally incredible proposition.Huw Hudson, the man often described as a modern-day Howard Hughes, wants to position his company, Space Rider, as the leader in commercial space tourism. He tries to enlist Mal and his team to help promote it, with one extraordinary twist: Hudson has evidence of an alleged UFO encounter, which he thinks could damage his business plans, and he asks Mal to investigate and manage the breaking news story.
Mal discovers a deeper purpose at work, as he crisscrosses Brazil, Miami, London, and Dubai in furtherance of Hudson’s audacious ambition, while being forced to keep an unbelievable secret from the FBI and even his closest friends. In confronting his deepest fears, Mal takes us on a journey that challenges the very core of our beliefs about space and time.

Blackbird Ordinary is a rather famous bar and restaurant in Miami that has an extremely cool outside terrace wall on which it grows its own herbs. It was where I’d gone with Del and the rest of the CREATIF team the last time we had something mind-blowing to process.
After what we’d just seen and heard, it seemed an appropriate place for Del and I to try and absorb Hudson’s extraordinary assertions and his related requests to us both.
“They say lighting doesn’t strike twice. How then, is it possible that the same two people can hear two things so totally and utterly bloody incredible in the same building, for Christ’s sake?!” I asked. “Del, you’ve been working with Jaya and her folks for months now. Did they give you any inkling of this stuff about aliens and having a paranormal unit before now?”
“I’m speechless, Maltesar, and we both know that doesn’t happen too often,” she said, and I could tell she was preparing for one of her patented, obscenity-filled monologues. “I mean, what the in the name of f** was that all about?!
“Selling the idea of taking a pleasure trip into space at some distant point in the future is one thing, and frankly we’ve had some fun coming up with ideas to promote it. But climb aboard the ET Express and get to see the Martians in their natural habitat, oh and no feeding of the aliens is permitted. Are you totally f**king shi**ing me?!” she exclaimed.
“So that’s a no, then? They’ve never even hinted at something like this, never brought up having the Space Rider X-Files group? Never asked you to hint at the fact ‘We may not be alone up there’ in any of the ads?” I asked.
“No, never. That was all completely alien to me,” she said, cracking us both up, and breaking the tension as I took a long swig of my double Conniption Gin and tonic. Navy strength, of course. 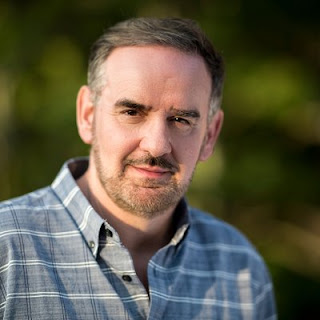 Jeremy D. Holden is the author of the Mal Thomas Mystery Series, which to date includes the critically acclaimed novels Sea of Doubt (2016) and Valley of Time (2017) – with a third release planned for 2018. An award-winning creative professional and accomplished author, Jeremy has earned many of the advertising industry’s top honors, including the prestigious “Gold Effie” (the Golden Globe of the ad world). His first book, Second That Emotion: How Decisions, Trends, and Movements Are Shaped [Prometheus Books, 2012], explores how movements are created in the political, cultural, and commercial realms, and received attention from national media outlets, including Fast Company, The Huffington Post, CNN, and NPR.

A UK native, Jeremy currently lives and works in Raleigh, North Carolina where he is President and Chief Strategy Officer of Clean, an award-winning integrated branding agency. He also teaches at the University of North Carolina at Chapel Hill in the School of Media and Journalism. A popular speaker and facilitator, Jeremy has run workshops with fellow authors Malcolm Gladwell and Professor Dan Ariely.