Welcome back to my blog! Today I am participating in the blog tour for War and Speech by Don Zolidis This blog tour was organised by the FFBC 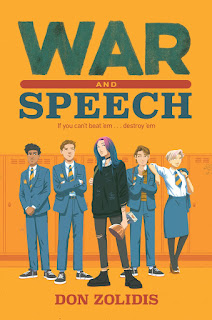 I am so excited to dive into this book. It sounds like the making of a fantastic contemporary that will keep me on the edge of my seat. I am a huge fan of revenge stories and can't wait to see what direction this book will take.

Thank you so much to The FFBC for providing me with a copy of this book. Just a quick disclaimer for those reading this review, I have received this book for free. Please note that this does not affect my opinion in any way. All thoughts are my own.

I absolutely loved the humour in this book. I was laughing out loud a majority of the time and honestly, it made me love this book so much. The dialogue was fun and sassy but still carried a lot of emotion when it needed too. The writing was well-paced and the timing was perfect.

I really like the plot of this book. It was full of fun and mischief but it was not without its heartfelt moments about feeling lost and like you are at the bottom of the heap. I loved the whole idea of bringing down the elite from the inside. I love the competition aspect of it all, it reminds me so much of the days that I did drama, public speaking competitions and Eisteddfod.

I cannot talk about how much I loved Sydney. She is the character of my soul. She is sassy and caring and honestly badass. I love the dynamics that she has with various characters and that she often questions things, refusing to accept just about anything as the full truth. I think that she is a character that a lot of people will find accessible not only in her struggles but also in the way she addresses certain things.

Overall, I really loved this book. I could not put it down. It was fun but also had deeper undertones which I also appreciated. The writing was full of humour and definitely kept me invested from start to finish. The plot was sort of like a walk down memory lane for me. It reminded me so much of the days in high school where I competed in public speaking competitions and drama exams. Sydney is the type of character who I think a lot of people will find accessible. I highly recommend this YA contemporary honestly the pick me up that I needed during self-isolation. Thank you so much to The FFBC for providing me with a copy of this book! 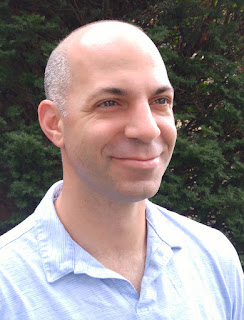