Hi everyone! As you can see I am participating in a blog tour for Collision by J.S. Breukelaar. This tour is hosted by Meerkat Press. 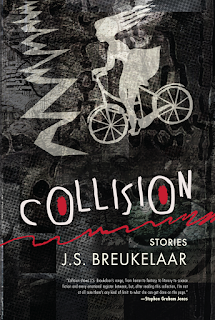 A collection of twelve of J.S. Breukelaar's darkest, finest stories with four new works, including the uncanny new novella "Ripples on a Blank Shore." Introduction by award-winning author, Angela Slatter. Relish the gothic strangeness of "Union Falls," the alien horror of "Rogues Bay 3013," the heartbreaking dystopia of "Glow," the weird mythos of "Ava Rune," and others. This collection from the author of American Monster and the internationally acclaimed and Aurealis Award finalist, Aletheia, announces a new and powerful voice in fantastical fiction.

The Host went down in an eruption of crimson and bone, bringing commuter traffic to a standstill. Car windows unwound as drivers scanned for the shooter. Reports would later confirm that a pedestrian lost her footing on the splashed goo of the Host’s brain matter and broke her hip in two places. The passing woman turned out to be the shooter’s aunt.
There was no doubt about it. Hosts were bad news.
That was the beginning. No one in Deerport, or anywhere, knew what drew the Hosts in such sudden numbers to some towns and not others. Experts attempted to pinpoint a cause, or reason, or remedy—but no one could agree on even what they were, let alone why. Arriving in twos and bad-news threes at the Greyhound Station, into Deerport they came over those dark, wet weeks. Alighting uncertainly from the bus or the backseats of Uber rides, they tracked slush down the aisles of the Safeway and slowed traffic and filled the darkness of the purple-curtained multiplex theaters with their relentless, restless rustle.
And there were more on the way, according to Professor Maya Grayson at Sullivan College, an expert in medieval folklore and on all things Hostish. When asked by a reporter, “Why so many Hosts pouring into Deerport?” Grayson quickly answered by referring to last year’s Tower 9 Incident in New York City where an apartment building in the Upper West Side attracted Hosts (a shortened version of the singular hostis, from the Latin word for enemy, stranger, or guest) by the hundreds. Residents reported seeing them slumped on the fire escape and in the basement laundry room, leaving a shimmer of dark ooze along the walls where they edged like spiders. Riding up and down the outside of the building on the joists, laughing—if that clotted sigh could be called a laugh—as the wind peeled off their loose flesh.
“I can understand glass towers in Manhattan, but why Deerport?” the radio caller had asked Professor Grayson. But no one, not even Grayson, could say why they came to a certain place, or for whom—if they targeted certain individuals or towns. Nobody knew.
At six p.m. on a Monday evening, the Upper Deerport Terminus was thronged with Hosts and nons. Celia, at five feet eight, scanned over the sea of heads for Terminal 10, where her bus was already almost full and ready to depart. She’d never make it through the crowds in time. She would be lucky to make the next one. A male Host with a seamed face jostled her elbow. From one swollen eyelid, slid a single tear, tensely oblong. Celia watched the tear trickle down the filthy crease that bisected his cheek, over his jaw and back into a bloodless slit at his neck, and decided she would get an Uber. But getting out was easier said than done—the Terminus was packed.
Gooseflesh rode the back of her neck—there was something wanting about their presence, as if they knew her even if she didn’t know them. That was the problem with these so-called infestations—random and inexplicable as experts insisted that they were. It was as if the Hosts knew where they were going and what they were looking for. Or who. 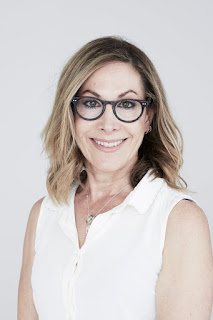 J.S. Breukelaar is the author of the Aurealis-nominated novel Aletheia, and American Monster, a Wonderland Award finalist. She has published stories, poems and essays in publications such as Gamut, Black Static, Unnerving, Lightspeed, Lamplightand elsewhere. She is a columnist and regular instructor at LitReactor.com. California-born and New York raised, she currently lives in Sydney, Australia with her family. You can find her at www.thelivingsuitcase.com.