Hey Everyone! As you can see, I am participating in a blog tour for Birds of Wonder, hosted by Smith Publicity. I absolutely love working with them! I hope that you enjoy this posts! 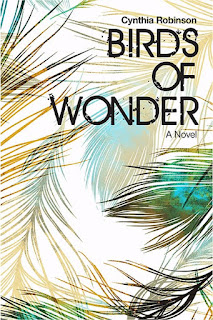 
One August morning while walking her dog, high-school English teacher Beatrice Ousterhout stumbles over the dead body of a student, Amber Inglin, who was to play the lead in Beatrice's production of John Webster's Jacobean tragedy, The Duchess of Malfi. Barely able to speak, Beatrice calls the police. That is to say, she calls her daughter. Jes is a detective with two years of experience under her belt and a personal life composed primarily of a string of one-night-stands, including the owner of the field in which Beatrice has found Amber. In addition to a house and a field, Child Services lawyer Liam Walsh owns a vineyard, where Amber Inglin, along with a handful of other teens who've had difficulty negotiating the foster system, was an intern. Set among the hills and lakes of upstate New York and told in six vibrantly distinct voices, this complex and original narrative chronicles the rippling effects of a young girl's death through a densely intertwined community. By turns funny, fierce, lyrical and horrifying, Birds of Wonder probes family ties, the stresses that break them, and the pasts that never really let us go.

Edward painted girls. Girls, in fact, were his discovery.

He found them, mostly in magazines, the filthier the better. They had to be white, so the light could shine through the skin, not just on it. His chosen ones, he cleaned up. Heads and shoulders—never bodies. Faces framed by billows of hair you could sink your face into, necks like warm, slender columns of marble, clavicles bowed like a bird’s wing, the hollows dark and secretive. With every passing week, his girls were inching closer and closer toward perfection—according to his particular definition of the term—frozen in that exquisite moment between the ages of fifteen and eighteen, when molecules and cells twine themselves into lustrous hair, clear pink nails, skin like butter and cream.

His girls, though idealized--his gallerist wielded the adjective like a bludgeon; Edward would have bet his nonexistent retirement savings the woman had never read Plato—were also heart-stoppingly close to real. Each eyelash a whip of three-dimensional beauty, skin textured to believability, inviting touch—he’d learned a thing or two from his days as a photorealist, his girls looked as though they might burst right off the canvas. But they were frozen there, in space and in time, in the moment he had captured, saving them from the inevitable slide—from perfection there was nowhere to go but down—into the prosaic, the everyday, decay and decrepitude.

And his girls represented a sacrifice. Up until two years ago, he’d had a good gallery in MidTown. But then he’d been doing something the art world recognized, derivative though it was. A well-known critic had even attended Edward’s MFA show—he now wrote for the The New Yorker; Edward kept a notebook of his reviews, penning dissenting comments, precisely and in red, in the margins. The man had hailed his work as a new twist in Photorealism—meat-packing district diner scenes, transvestites after they’d been clubbing all night. The later the better—the baggier the under-eye circles, the redder the zits and the scars beneath the makeup. His work had been lauded because of the outré subject matter (it was a cheap shot and he’d known exactly what he was doing when he’d taken it). Following the critic’s review, he’d begun to sell, at first only a trickle, it was true, but he’d been on his way, even a couple of musems had bought small pieces, and eventually he was living decently on the sale of his work, the leaner times supplemented with the steadiness of underpaid teaching.

But then had come the epiphany. One summer evening after an opening—not his, but an artist also represented by his gallery, they’d been a kind of fraternity back then, now they all avoided him—he’d followed a golden-haired girl through the park, the dying light on her skin wouldn’t let him do otherwise. Even though he’d lost her—and he’d had no idea what he’d have said even if he’d caught up to her—by the time he’d reached his studio, he’d known he couldn’t keep doing it. 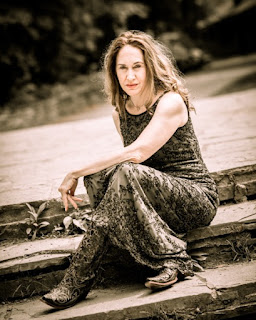 Cynthia Robinson is a writer and art historian based in Ithaca, New York. Her short fiction has been published by The Arkansas Review, Epoch, The Missouri Review, Slice, and others. She is Mary Donlon Alger Professor of Medieval and Islamic Art at Cornell University and has recently, following a very long hiatus, returned to fiction with her first novel, Birds of Wonder.
Birds of Wonder will be available via Amazon and other fine booksellers on February 20, 2018. To learn more visit cynthiarobinsonbooks.com and connect with Robinson on Goodreads and Instagram.

Author Q and A:

What inspired you to write Birds of Wonder?

When I was in my mid-teens, a girl was found—much as in the opening chapters of BIRDS OF WONDER—in a field near my house, by a woman walking her dog. Girls found in fields are presumed dead, and that was the case here. The girl, eerily similar in appearance to me, had been raped and strangled, and her arms amputated. This violent crime shook up my smallish Tennessee town for a good long time—my mother didn’t want to let me out of her sight. And it clearly impacted me, remaining deeply lodged in my subconscious for, literally, decades. Many other concerns and events informed the novel’s conception, often relating to exploitation of and/or violence against women, but the central kernel was the finding, so many years ago, of that young woman’s body, in my home town, where “things like that” ‘didn’t happen.’

What advice would you give readers interested in reading Birds of Wonder? How should they approach the story?

Don’t expect a traditional crime novel or psychological thriller all the way through. It does start out that way, but then—purposefully—veers off into other territory. Be ready for a few tough moments. All justified (I believe and hope) by the plot.

I read everything by Kate Atkinson. Love Javier Mari’as (in Spanish), and Lola Lo’pez Monde’jar (ditto). Noy Holland, Kazuo Ishiguro, Rabih Alameddine. James Lasdun.  And I could go on, but I won’t!

When do you find the time to write?

My sweet spot for writing is in the late afternoon to early evening. Ideally I get 2-3 hours (daily). Obviously, sometimes this isn’t possible, but I try to carve out a spot, even if half an hour, each and every day, so as not to lose contact with my work.

How has career at Cornell Univiersity influenced your writing style?

For a good long time, my academic career kept me from writing fiction at all (or, perhaps more accurately, I allowed it to do that). No more! In the positive column, my work as an academic (both as a teacher and a researcher) has given me focus and discipline, a deep knowledge of the past and of other languages and cultures, and a treasure trove of material I am beginning to tap only now. My published (or soon-to-be published) fiction, for the most part, has steered entirely clear of the academic sectors of my life and knowledge, but I am changing that…

What are you working on now?

a novel set in a hotel in Bloomsbury, in London. The protagonist is a ghost. It circles themes of loss, regret, love… It time-jumps, it uses figures from the (in)famous Bloomsbury Group as secondary characters. If I say more, I might jinx it, but I really am loving this project. It’s in its fourth draft, and I very much hope to deliver it to my agent toward the midpoint of the current calendar year. I believe that there will be short fiction spin-offs from this project, but for the moment I am focused like a laser on getting the draft in shape, to where I want it.

Do you have any advice for aspiring writers?

Read, lots. And then read some more. Find the process that works for you (mine involves whiteboards and note cards…), which will take some experimentation. Find the schedule that works for you, and stick to it. Ass-in-chair is the best way to get words onto the page. You might decide you hate them, and you might even erase them, but you will have written.

I’m not a Bookstagrammer in the sense that I have some sort of system for reading and reviewing books. But most of my posts (except for the bunny part — the bunnies speak for themselves, or I often put words into their mouths…) do have to do with books and reading. I’m a very visual person, and so enjoy coming up with creative compositions that help to express, visually, what I feel about a particular book, or where I am in my reading process of it. I read like a writer, which means cannibalistically, always out for something that inspires me or helps me solve a particular problem, so my IG is maybe a bit chaotic compared to the pages of others. I’m also trying to include more literature from Spain, or from the middle ages, not to burden people with boring stuff, but just to introduce a little variety and wider awareness into my feed. Anything you don’t like, you can scroll past! I also am thinking about how to incorporate references to music that I associate with certain books or reads… just starting on that right now, so it’s still just a kind-of mess in my head at this point!